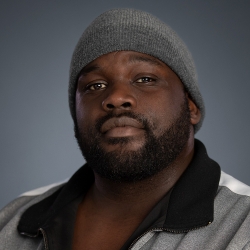 Ishman Anderson is a Faculty Lecturer with the Criminal Justice Studies department at San Francisco State University.  He is a first generation college student who grew up in West Oakland, and was a 2007 graduate of McClymonds High School.

Ishman has spent over 11 years dedicating himself to guiding underrepresented students in K-12 and at the collegiate level including serving as a Mentor/High School Counselor for the UCLA Vice Provost Initiative for Pre-College, and then as an academic counselor for the Educational Opportunity Program (EOP) at California State University, East Bay (CSUEB). During his time at CSUEB, he started the My Other Brother (MOB) Black male initiative, aimed at increasing college access and retention for Black males, and currently partnering with McClymonds High School and Castlemont High School in Oakland, California.

Ishman has bachelor's degree from UC Davis in Sociology major and double minor in Education and Chicana/o studies and Master's degree in Higher Education, Student Affairs from UCLA. Most recently, Ishman has earned his Doctorate degree from the San Francisco State University Educational Leadership Doctoral program in May, 2020.